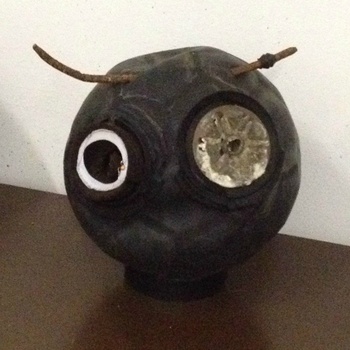 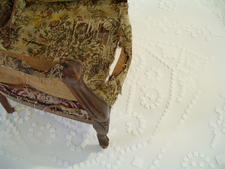 My fascination with ‘materials’ plays a vital role in my art and so does ‘morality’.  I address both ‘matter’ and the question ‘does it matter?’

The fragility of my work adds an extra dimension to the installations, for one never knows whether they will (accidently) be disturbed. Although this delicacy is not my first goal, it intensifies the audience’s connection to my work (matter) and message (morality). The two installations that I intend to show in Bristol are representative of these two strands in my work. The first work is predominantly ‘material’ and glorifies childhood, playfulness and maybe even a more innocent age (made of children’s building blocks, title: ‘Royal Game’). The second work emphasises ‘health’ and our responsibility for our own (vulnerable) body – a message that is often repeated in my art. In this work, the ‘morality’ is more important and the material (in this instance saturated fat) is only a vehicle to address this. This work is titled “Our Earthly Home” – a biblical reference to our bodies.

“Our Earthly Home” is one of a series of works that relate to my latest project about hunger on a world scale (www.globalfatexchange.com). Besides installations, I have used the internet for a ‘virtual’ exchange of fat. Through the Global Fat Exchange project, I am trying to find an artistic answer to the inequality in food distribution: the amount of overweight people equals roughly the amount of hungry people. I suggest that people make a pledge to send a certain amount of money to a hunger relief project as a ‘moral incentive’ to lose weight. This will benefit the overweight as well as hungry people to gain health: ‘Global Fat Exchange’.

Many elements in my art are directly inspired by my job as a dietician and the   perceptions people express in respect to their own health/lifestyle. Through this art I like to place individual issues in a global context.

Bristol - Groningen academieminerva.nl and photos from the Groningen show

Read about all participating artist further down this page. 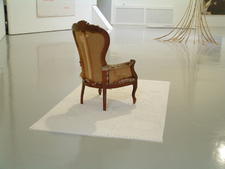 Vice Versa - Fase 1 Groningen (pictures of my work in the show). 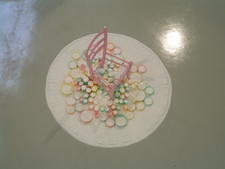 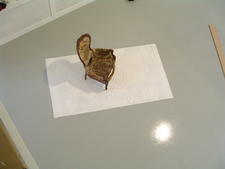 VICE VERSA phase 2 will be executed from 12th of November - 10th of January 2010 at the main gallery space Motorcade/Flashparade of BV studios, Bedminster/Bristol.

On November the 21 and 22 nd. the public will have the chance to meet and question the artists in the course of a symposium also held at BV studios.

Parallel to the exhibition at BV studios the Dutch artists will exhibit work at the F-Block Gallery, Fine Art Department of the University of the West of England (UWE) in Bristol, 12th of November- 11 december 2009.

Students will be able to join lectures and enrol for individual tutorials given by the visiting artists from the Netherlands.

The Universities have shown interest in a dialogue and ongoing academic exchange in the future.

VICE VERSA is funded by the South West Arts Council and the Kunstraad Groningen.

The project is widely supported by a number of institutions and people of the creative sector in both cities.

We would like to give our special thanks to Leo Delfgauw (head Department Fine Art), Allie van Altena (tutor / artist) and George Herfkens (floor manager) of Academy Minerva for their kind support during the preparation and realization of the project's first phase at the Academy in Groningen. Further thanks go to the South West Arts Council/England and the Kunstraad Groningen/the Netherlands for their subsidies.

Tamany Baker is based in Bristol, UK. She has been making photographs for over 25 years, using photography as an expressive language, complex and eloquent enough to convey facts and feeling with equal force.Tamany is the winner of the professional Conceptual and Constructed category (fine art section) of the Sony World Photography Awards, Cannes 2009 for her series Living with Wolfie, a response to the "presents" her cat brings into the home. Her photography examines layers of the psyche and the tensions found between the natural world and our modern existence. She works instinctively to respond to her personal experience, inhabiting areas of the subconscious parallel to intellectual thought. Tamany has exhibited worldwide and published a book Transient Beauty (2008), a photographic meditation on mortality and loss of youth inspired by her mother's death.

Both my practical and theoretical area of interest lies within anthropological and ethnographical study. I engage with places and people, trying to understand the ways in which other people see the world and interact with it. I develop what an ethnographer would call fieldwork and my experience ‘in the field' becomes the starting point for most of my projects.This interactive/performative installation is a response to my personal situation living in the ‘global' world. The term globalisation refers to the transnational dissemination of ideas, languages, popular culture or cultural diversity. However, due to the existence of cultural mediation in every particular society, it is not easy for some individuals to survive in the global world. This installation is homage to the ones that did not survive, and to the ones that did survive but still struggle to enjoy the acknowledgment of diversity.

The installation is formed by Dutch soil, British turf and British seeds and it represents both the victory and/or defeat of globalisation in our society.

Using pre-existing photographs - from magazines, from newspapers or from snapshots I have taken myself - I identify a detail I can use. I manipulate the image through the process of painting and make it my own. My paintings are ambiguous because they appear to offer a nameable image, yet escape a direct reading. Fascinated by the notion of that which is powerfully attractive, whilst at the same time repulsive, I try to describe this disturbance. I want my paintings to be seductive, to oscillate between experiences of beauty and disquiet.

The materials I use are pushed, pulled, bound, squashed, laid out, cut up, torn through and manipulated before being lent, hung, draped and positioned. The careful balancing act teeters on the edge of collapse, making their ephemerality and potential for disaster unsettling. I want the viewer to retain a physical presence in the space, an elevated awareness of the intricacies of the environment surrounding them and the objects that occupy it. I use the low-key lyricism of quotidian materials as figurative substitutes for bodies, arms, legs and organs. Oscillating between small structures presented on the floor and elaborate totemic partners, the viewer has to continually alter and shift their point of view, thus retaining a physical presence within the space. Fragile and slight objects appear inadvertently crushable whilst the taller anthropomorphic structures take on a comparative instability. The co-dependency and precise placement, retains a lightness of touch endured through rigorous editing, editions and rehearsals, heightening the trepidation they elicit.

I'm interested in why we move, what moves us, what this essential place is that we all navigate from - this landscape. There is a place where the experience is related to touch, it is up close and you sense it, this ‘live-ness' (aliveness), where senses and touch exist in other folds of life, a smell, a word, a moment recorded, written, given. You are moved when you had not meant to be. The body is my informant, text is my confidant and complicit to my whims and emotions, ‘site' and what is made in sympathy there are the resonances that inform and press themselves upon me, new, undiscovered memories, dreams and phantoms to perambulate around my knees. To recognise these as moments of beauty where something else happens, something that takes you out of yourself (un-selfing) and of finding ways to relocate it back into the world.

My experiments with paint (mostly acrylic) resemble the shapes, lines and textures
which I feel attracted to in daily life.
I am interested in matters concerning sensuality, repetition, fluidity, ecstasy,
stupidity and coquetry.
Whilst painting a kind of Slumberland, as happens with dreams, my paintings also reflect concrete elements of reality.

Ilona Hakvoort presents in this show objects, made of resins and pigments, in different grades of transparency.

These objects came into being from a desire to bring paint into the world without the need for a stretcher. They are made from pure pigments, a thickener and resin (polyester or epoxy).

Nature was and is a strong stimulus for this work, but not in a literal way.

In these ‘art-resins' we look at the nature of painting, how paint has evolved: been hunted, moved, coagulated, spread, extinguished. The resulting images emerge from matter itself, they're not a simple illustration or depiction of an idea. This does not imply that every image made is ultimately shown: only the strong images are allowed to survive.

Primarily, my paintings are visual images. They refer to nothing but themselves; in that sense they are realistic. The justification and meaning of the painting does not exist outside of them, but in the way the observer perceives it. It is all about this painting interacting with the person who looks at it. I believe that art ultimately is about how we view reality. Our own perception is always significant to ourselves and that is how you look at my paintings. So how do you observe?

I try to investigate this perception with pictorial means which may seem simple at first. The images can appear to be without meaning or accidental or at the same time mathematical.

But they are not meant to be understood. Rather, they want to confuse, deregulate, and draw attention to one's ingrained habit of looking and not looking. The images try to instill a sense of wonder, to disturb the observer's equilibrium and to put him off on the wrong foot. This way, a more dynamic condition is reached.

My paintings are the invitation for you to look anew, to recalibrate oneself.

In my attempt to investigate the relationship between nature and her artificial surroundings, I document environments that appear detached from their original existence.

Definitions of landscapes based on specific distinctive marks evoke questions about perception and orientation of mankind in them. Romantic as well as non-Western comprehensions of nature inspire me.

Most recently I experiment with three dimensional spaces. Large quantities of either acrylic resin or plaster objects are displayed on the ground in very specific orders. These multiples originate from found natural objects such as dead coral and can be seen as manipulated ready mades. Each formation resembles a very unique possibility to work within a certain space stressing the position of the single form in the mass of the others.

My work is site-specific. Natural surroundings together with the social and historical context inspire me. With my sculptures I add an extra dimension to the location by using topical natural material often combined with cultural material. For example, I use materials like willow, oak, plants and trees alongside man-made material like concrete, metal and shrink film. Recurring themes in my work are tension, movement, water and light. 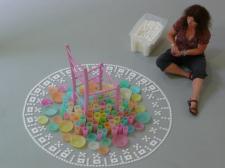